Mezcal Mankind Mutualism > About Us 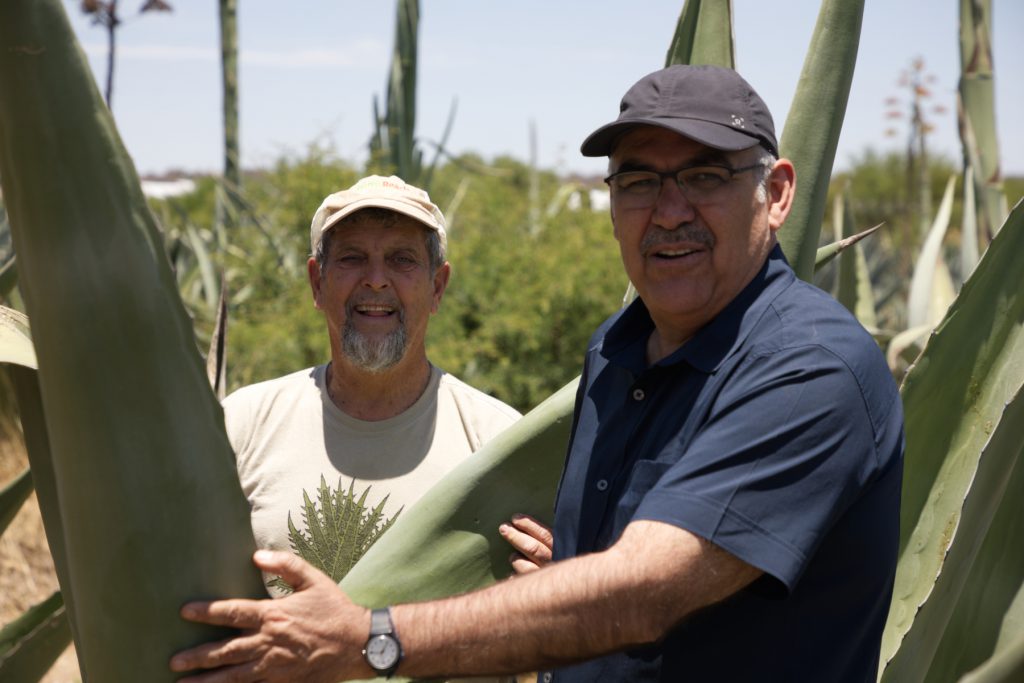 Welcome to the Agave Spirit World! This website aims to explore - and involve YOU in exploring the many ways that the century plants called agaves, or mézcales and magueyes in Spanish, have evolved beneficial relationships with bats, microbes and human cultures that can bring health to our landscapes and to our bodies. In a time of accelerated climate change, water scarcity and food insecurity, agaves can play a role with us in forging long term solutions.

In the 1970s the plant explorer Howard Scott Gentry coined the phrase “man-agave symbiosis”  for what we now see as the many mutualistic relationships between mezcal agaves and humankind. These mutualistic interactions span the arid lands and tropics of the Americas, extending far beyond their Mesoamerican cradle to Arid America- the desert reaches of the Desert Borderlands of the US Southwest and northern Mexico. For at least eight thousand years Indigenous cultures have relied upon agaves for food, probiotic fermented beverages, medicine, fiber for rope, baskets and weaving, lumber and hedges.

Prehistorically the ritual use of agave juices fermented and micro-distilled for sacred ceremony may have emerged in Southern Jalisco and Colima, setting the stages for mezcal distillation with at least forty wild species. A dozen agaves were then domesticated in Mesoamérica and at least eight species were domesticated in Aridamerica. But these plants - if properly cared for and kept from extinction- are likely to play a key role in sustainable desert agriculture and diabetes prevention in the future. And yet the challenges are daunting. Perhaps as many as sixty percent of all mezcal agave species are having their populations depleted and may be at future risk of extinction, along with their many symbionts.

That’s why we will be promoting the integrated conservation and restoration of mutualisms and other ecological interactions with agaves, not just their protection in isolation. So join us in this exploration for your lives, minds and taste buds will be enriched and enlivened!

Your ticket for: About Us