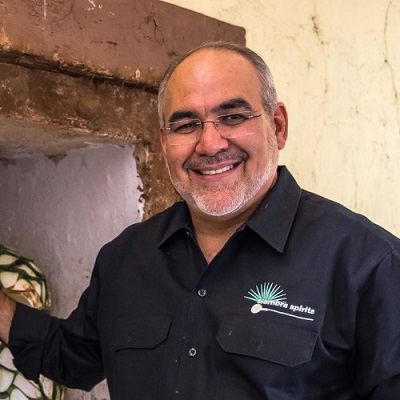 The Future of Tradition

Born and raised in Guadalajara, Jalisco David Suro Piñera migrated to Philadelphia in 1985. Excited to showcase the food and spirit of his homeland, he opened Philadelphia’s first upscale Mexican eatery, Tequilas Restaurant, in 1986. It has since become world-famous for serving authentic cuisine as well as offering a list of artisanal, sustainable brands of fine 100% agave tequilas.

As a restaurateur and a tequila aficionado, he was determined to find the highest quality tequila. This quest propelled him to develop and produce his own tequila brand, Siembra Azul — a small batch, traditionally crafted tequila. In the 1990’s, SuroPiñera returned to Jalisco, Mexico to assemble a dream team of tequila experts, scholars and producers to collaborate on creating this innovative new tequila. After successfully launching Siembra Azul, David continued to expand the Siembra Spirits portfolio through creation of Siembra Valles (lowland tequila) and Siembra Metl (mezcal).

David also created the Siembra Suro Foundation (formerly Siembra Azul Foundation), a not for profit organization that empowers communities involved with Siembra Spirits and champion the needs of Mexicans living in the U.S. One of SSF accomplishments was to help build an education, health, and arts program in San Mateo Ozolco, Puebla. This achievement was accomplished with the collaboration of the former First Lady of Mexico, Margarita Zavala de Calderón, former First Lady of Philadelphia Lisa Nutter, and the community clinic in Philadelphia, Puentes de Salud.

Suro Piñera’s passion for his culture and heritage continues with every project he pursues. In 2010, he founded the Tequila Interchange Project, a non-profit organization that advocates for sustainable, traditional and quality practices amid concerning trends in the tequila industry. This group is composed of passionate and well-respected bartenders, academics, educators, consumers and tequila enthusiasts. More recently, the Tequila Interchange Project has partnered with the National Autonomous University of México to create The Bat Friendly Project.

Suro Piñera is currently on advisory boards for Tequila Interchange Project, Puentes De Salud, Board of Advisors for Drexel University’s culinary school, and Friends of Farmworkers.

Your ticket for: David Suro Piñera